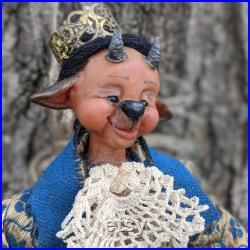 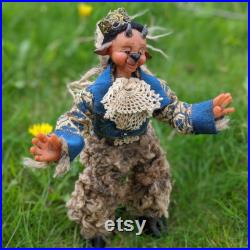 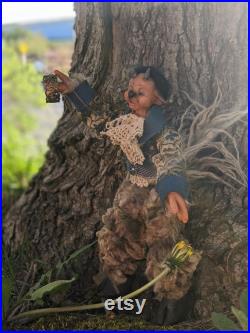 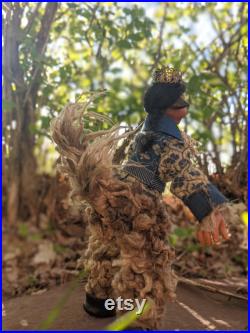 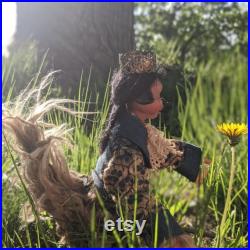 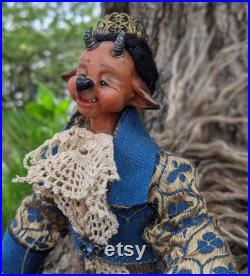 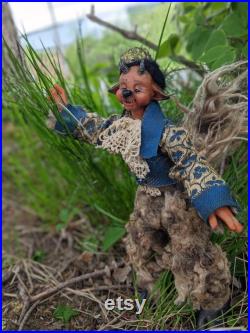 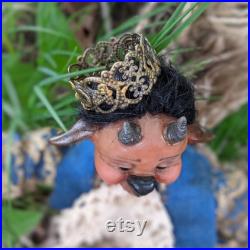 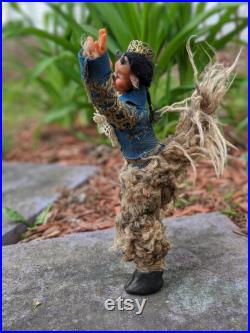 Crombie is a hand-sculpted art doll with the furry legs, hoofs and wee horns befitting a faun (or satyr) he is posable, his head can be gently turned, so that he may gaze upon the world. His hands are very special, they are held on with magnets i call them magnets, he insists it is power. It means they can turn 360 degrees, the better to express himself. They can be removed. Though crombie wants to know why you’d do that. He is a posable art doll, not a puppet, but his arms can be bent at the elbows, shoulders. Even his knees can bend a little, but a much heavier armature was used in the legs to allow steady and stable standing position. As already mentioned his hands are very expressive because of the magic. He sports a wee crown, that can perch on his head loosely or if you gently align the black spots inside the crown with the position as shown in the photos it will attach via hidden magnets in his hair. Psssssst, his fur is faux. I mean it really exists but is an artificial fibre. He stands just a bit over 22 cm from his hoofs to the tippy top of his wee horns. 6 cm wide at the hips. His tail is 6 cm long. Shoulder width is 6 cm. This item is made of love and clay, faux fur, magic, time, fabric, paint.