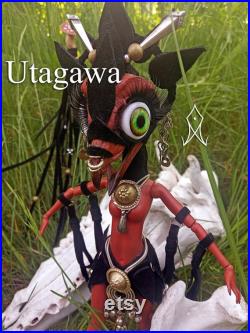 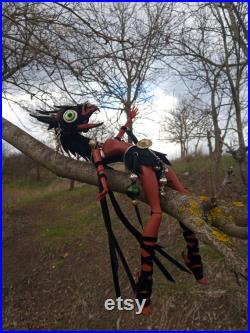 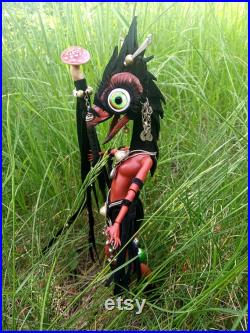 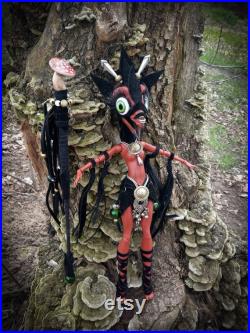 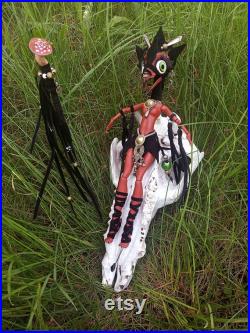 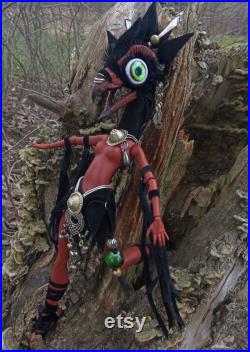 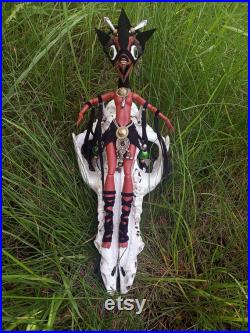 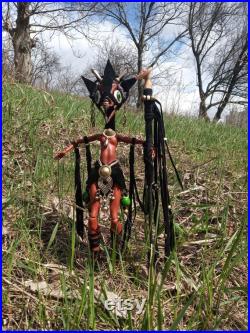 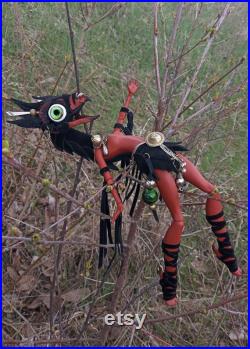 Utagawa – guide and shaman of karura tribe. She knows all the ways and roads, can confuse the enemy by casting a spell on him, and will tell the good traveler the shortest and most favorable path to the goal. The symbol of this is her pilgrim’s staff. And if she has to fight, she has something to fight back. Karura is a divine being with a human torso and a bird’s head in japanese mythology. Karura is one of the converted beings recruited to form a guard squad called (, “devas of the eight classes”). Based on the monster high using a real bird owl skull. Inside the skull a rune spell for protection. The set includes a staff. The lower jaw is reconstructed from plastic. The grave theme of all my dolls does not mean evil, but only teaches us to cut off the fear of death by contemplating literally the afterlife, the second incarnation of the animal, whose body parts were used in the work. All my dolls are connected by a common theme and meaning, but each has its own personal spiritual task, which expands and deepens its spirit. This item is made of bird skull and leather, monster high doll, tribal jewelery.